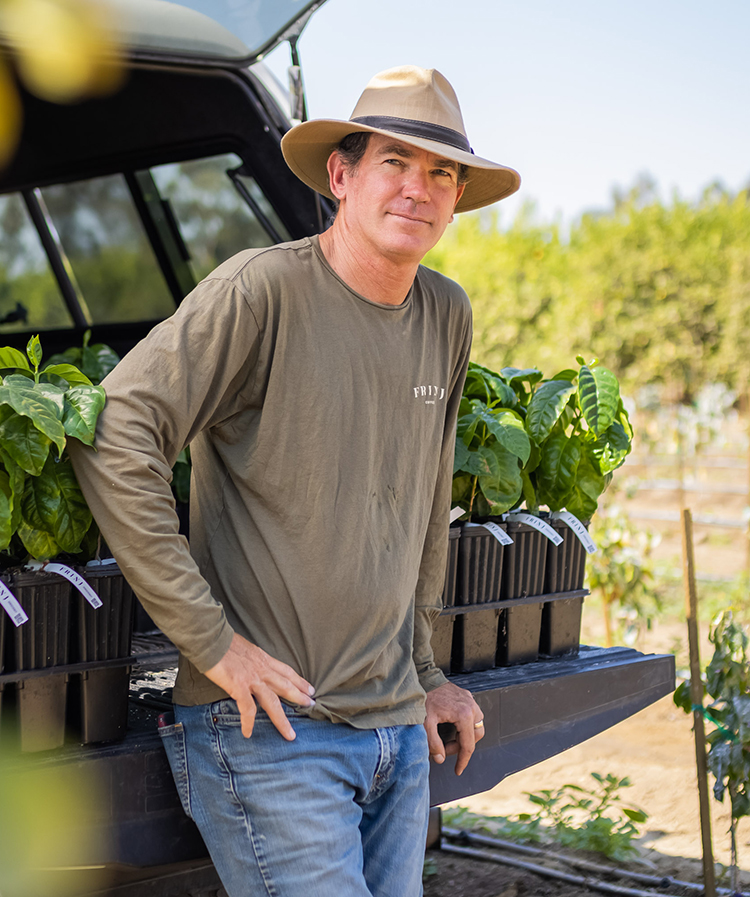 It is nested in the hills above Goleta, CA, overlooking a majestic view of the Pacific Ocean. Jay Ruskey began farming this land over 25 years ago, and now this organic farm is layered with over a dozen subtropical and exotic crops, contributing to both its diversity and charm. Seasonal fruit can be purchased on Good Land Organic’s online store.

Coffee was first attempted as an experiment in 2002, but this crop quickly won the attention of both Jay and the world for its success. After years of trial and error, Jay identified a replicable farming system that consistently produced high-quality delicious coffee. In 2011, he decided to share this crop with farmers across Coastal Southern California. Through his new venture, FRINJ Coffee, Jay and his team are leading the way for California to become the world’s next producing coffee region.

Good Land Organics is now the flagship coffee farm and headquarters of FRINJ Coffee. Inc. It is home to over a dozen Coffea arabica varietals which are also the parent plants for our breeding program.