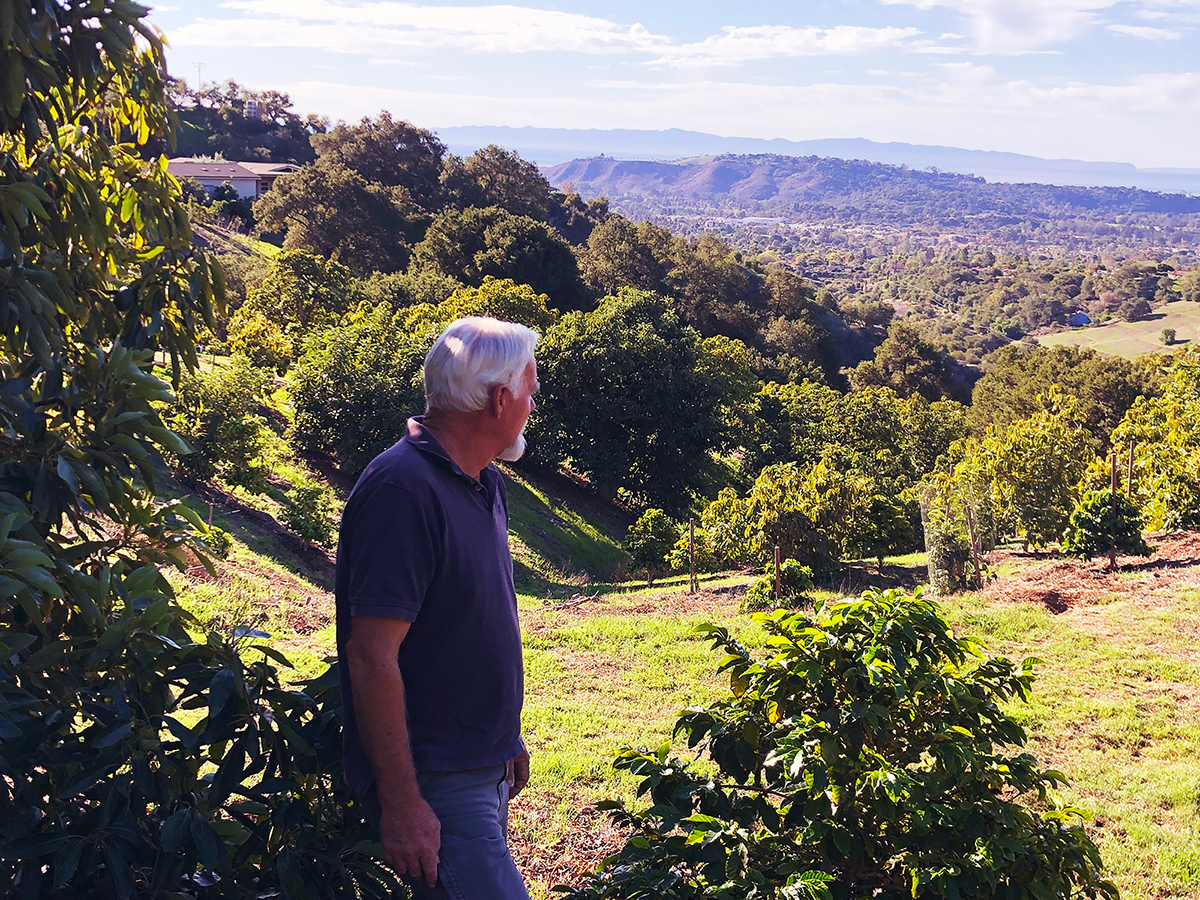 Farmer Jeff Brown at Southern Ridge Ranch started farming coffee above Santa Barbara. California in 2016. This is the Brown family’s first harvest and is a delicious testimony to their hard work in converting on aged avocado grove into a polyculture farm with several cultivars of coffee. This blend is named for the majestic foothills above Santa Barbara. which is referred to by the locals as the ‘Riviera’ for its subtropical climate and channel island views. Jay Ruskey of Good Land Organics is an agronomist and pioneer who followed a hunch and planted coffee just north of Santa Barbara. Today, Good Land Organics is known as the birthplace of California-grown coffee. The farm is nestled into the hills overlooking the Pacific Ocean in a frost-free microclimate.